UNE’s Amy Litterini publishes book on rehabilitation in life-threatening illness with the goal to assist clinicians and fitness professionals in developing the critical skills necessary for caring for individuals experiencing life-limiting conditions and facing challenges at the end of life.

See a complete list of UNE Faculty publications and award announcements in the Research & Scholarship Blog.

Physical Activity and Rehabilitation in Life-threatening Illness by Amy Litterini

This book originated from the author’s years of dedicated clinical and academic experience and was inspired by their professional collaborations through the American Physical Therapy Association’s Academy of Oncologic Physical Therapy. This book is a comprehensive summary of the recommendations for best practice, and current evidence, for physical activity and rehabilitation of functional deficits in individuals with end-stage diseases.

The Palgrave Handbook of Animals and Literature by Susan McHugh

This book is designed to provide a comprehensive introduction to current research in literary animal studies, featuring 42 chapters whose authors include established leaders along with rising stars in the field: Currently in press, it has already received ringing endorsements from leading scholars around the world.

Second Chance in Tangier: A Novel by Anouar Majid

Written before the coronavirus pandemic of 2020, Second Chance in Tangier tells the story of Lamin, a Moroccan man who leaves his native Tangier to study and teach in America and who makes something of a name for himself after writing a novel about a Muslim man who marries an unconverted Spanish Catholic woman. Lamin’s story is told by Rafik, the son of a childhood friend and a graduate student in New York who chooses to postpone his doctoral studies to find out about Lamin’s passions, loves, challenges, tragedies, his growing disenchantment with America, and his decision to return–after more than thirty-five years–to his native city. Rafik also realizes that–despite being from the same country–he and Lamin are divided by a world of unbridgeable differences. The destiny of both men, in the end, remains an open question.

Transforming Racial and Cultural Lines in Health and Social Care: Listening, Loving, and Lifting Spirits When You Can by Jan Froehlich

As the United States experienced a long-overdue racial reckoning during the summer of 2020 — with Americans from all walks of life gathering en masse to protest systemic racism — Jan Froehlich, M.S., O.T.R./L., associate professor of occupational therapy, was working with co-author June Thornton-Marsh and their editors at Routledge to put the finishing touches on a new book aiming to help practitioners and aspiring practitioners develop the essential skills for racially and culturally effective communication in health and social care.

Provides a comprehensive linguistic description of the Calunga language based on two years of interviews with its speakers in Patrocínio, Minas Gerais, Brazil. In the book, he examines the language’s history, historical and linguistic contexts, its sociolinguistic profile, and its lexical and grammatical aspects. 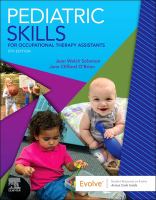 Covers the entire scope of pediatric OT practice, from normal childhood development to pediatric disorders and treatment planning. Case studies and helpful tips reinforce your understanding and make it easier to apply OT principles to the clinical setting.

Persephone in the Late Anthropocene: Poems by Megan Grumbling

Persephone in the Late Anthropocene vaults an ancient myth into the age of climate change. In this poetry collection, the goddess of spring now comes and goes erratically, drinks too much, and takes a human lover in our warming, unraveling world. Meanwhile, Persephone’s mother searches for her troubled daughter, and humanity is first seduced by the unseasonable abundance, then devastated by the fallout, and finally roused to act.

On Inhumanity: Dehumanization and How to Resist It by David Livingston Smith
Book

As the subtitle implies, On Inhumanity is a book about dehumanization, which Smith defines as the belief that some members of our species are less than human. In twenty-six short chapters the book explains what dehumanization is and how its works, its relation to racism (Smith calls dehumanization “racism on steroids”), the cognitive biases that drive it, propaganda, ideology, and many other topics. He illustrates theoretical points with vivid and often unsettling historical examples, such as spectacle lynchings in the United Sates, where thousands of White people gathered to watch Black men being tortured and burned alive, the Holocaust, the Rwanda genocide, as well as present-day atrocities such as the persecution of the Rohingya of Myanmar.

This book recovers the hidden history of fascist Italian concentration camps in Libya between 1929 and 1934 through Libyan survivors’ oral testimonies, which took over 10 years of fieldwork to collect. Ahmida links the Libyan genocide through cross-cultural and comparative readings to the colonial roots of Holocaust and genocide studies. He provides a new and original history of the genocide and a key resource for readers interested in genocide and holocaust studies, colonial and post-colonial studies, and African and Middle Eastern studies.