Jewett’s career took off with her submission of short stories to William Dean Howells, who put her in touch with James Fields of Boston’s Ticknor and Fields. Fields’s wife Annie and Jewett became close friends. After the deaths of Annie’s husband and Sarah’s father, the two women became companions in a “Boston marriage.” Jewett and Fields’s long relationship is documented in their own letters and is mentioned in correspondence with or among others, including letters by Fields and Mary Rice Jewett dealing with Sarah’s estate after her death.

Mary Ellen Chase was an important regionalist writer of the 20th century and spent her career teaching English, first at the University of Minnesota and then at Smith College, from which she retired in 1955. At Smith, Chase met Eleanor Shipley Duckett, who was a medieval history scholar there. The two lived together in Northampton until Chase’s death in 1973.

Author and poet Miriam Colwell moved to New York City after graduating from the University of Maine at Orono, but returned to Maine with her companion Chenoweth Hall to take over for her grandfather as Prospect Harbor’s postmaster. The couple enjoyed a stimulating life enriched by artist friends Berenice Abbott, Ruth Moore, Eleanor Mayo, Christine Weston, Marsden Hartley, John Marin, and others.

While Hall’s archives are at the Archives of American Art, we hold a small collection of slides that primarily document personal moments, including outings with Miriam Colwell and other friends.

Ruth Moore is one of Maine’s most important regionalist writers. Moore was born on Gott’s Island; she left Maine for several decades but returned to her birthplace in 1947, where she lived the remainder of her life with Eleanor Mayo, who is also represented in the Maine Women Writers Collection.

May Sarton’s writing explored themes of solitude, difficulties in love, nature, and the sacred in everyday life. From the 1940s through the 1960s, Sarton primarily published poetry and fiction, including her now-acknowledged coming out novel Mrs. Stevens Hears the Mermaids Singing (1965). Later in her life, Sarton published many journals that opened up her life to readers. She also published a tribute to her long-time partner Judith Matlack entitled Honey in the Hive (1988). Sarton’s papers contain hundreds of photographs documenting her personal life, in addition to drafts and memorabilia from her life. The MWWC also holds a large portion of Sarton’s personal library.

Journalist Phyllis Austin moved to Maine in 1969 to cover the State House for the Associated Press, after which she became the first AP environmental writer for New England. Austin wrote about forestry, land use, public utilities, rural community development, and conservation for the Maine Times and published articles in many periodicals. In addition, Austin was an advocate for Death with Dignity laws in Maine. Austin intentionally stopped eating and drinking and died in 2016 at her Mere Point home in Brunswick where she lived with her partner of 25 years, Anne Dellenbaugh.

Donna M. Loring is a member of the Penobscot Nation, Vietnam War veteran, and University of Maine at Orono graduate who has served as Police Chief for the Penobscot Nation, and the Penobscot Nation’s Representative to the Maine State Legislature from 1998-2003 and 2007-2008. She published a book about her experience in the Legislature titled In the Shadow of the Eagle (2008). Loring is the President and CEO of Seven Eagles Media. She currently serves in Governor Janet Mills’ administration as the Senior Advisor on Tribal Affairs. She lives in Bradley with her wife Deborah Bouchard. While most of Loring’s papers focus on legislative and Tribal issues, the Writing series contains a series of love poems and other personal writing.

Sarah Orne Jewett correspondenceThe correspondence with family, friends and business associates gives a view into Jewett's family and social life as well as her life as a writer. 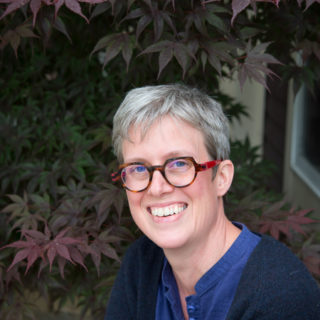