Clark began her writing career in 1959 when her articles began to appear in such magazines as Woman’s Day, Country Journal, and Farm Journal, as well as several local newspapers. She wrote avidly, both personally and professionally. Her professional writings centered on home, garden and country living, but her personal writings chronicled her struggle with alcoholism, divorce and other sensitive subjects. Her diaries and journals are rich resources that reflect a complex emotional life.

Journalist and freelance writer Ruth Mendelson moved to Maine in 1978 and worked for the Lewiston Daily Sun. Her chapbook, Sixteen Pastorals, won the first Maine State Commission on the Arts & Humanities’ poetry chapbook competition in 1982. Mendelsohn’s manuscript collection reflects her struggle with confidence as a writer and with depression, which eventully lead her to give up writing.

May Sarton’s writing and personal correspondence opened up her internal life to readers, revealing emotional volatility, anger, despair and a deep need for silence and solitude. Sarton’s work Journal of a Solitude (1973) was a benchmark in American memoir, offering women a chance to see their own struggles reflected on the page. Sarton’s correspondence and photographs are a rich resource for insights into Sarton’s personal life.

Williams was born on February 18, 1913 and spent most of her life on the island of Vinalhaven. Her inner life, while often recorded in vague terms, is quite apparent as she struggles to cope with the trials of aging while supporting her family and community. Her diaries reveal a woman devoted to her extended family and to the multitude of friends she has both on and off Vinalhaven, but also paint a picture of isolation and depression, often giving the impression that she only shares these internal thoughts with the journals. 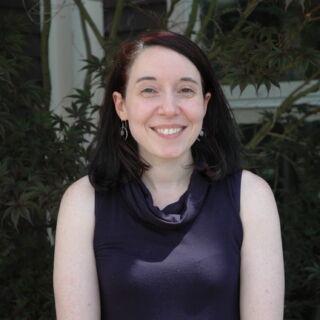