See our exhibits whenever we are open to the public or arrange a visit. Some of our past exhibits are documented in DUNE:DigitalUNE.

Our most recent exhibit highlights the new acquisition of the Feminist Spiritual Community records, 1975-2017. We’ve highlighted a variety of material from the collection, much of it used in FSC rituals. The left side of the case emphasizes the Crone Ritual, and includes a crone candle and altar, as well as Celebrating Ourselves: A Crone Ritual Book. We’ve also included documents that show FSC’s commitment to community process and decision making. 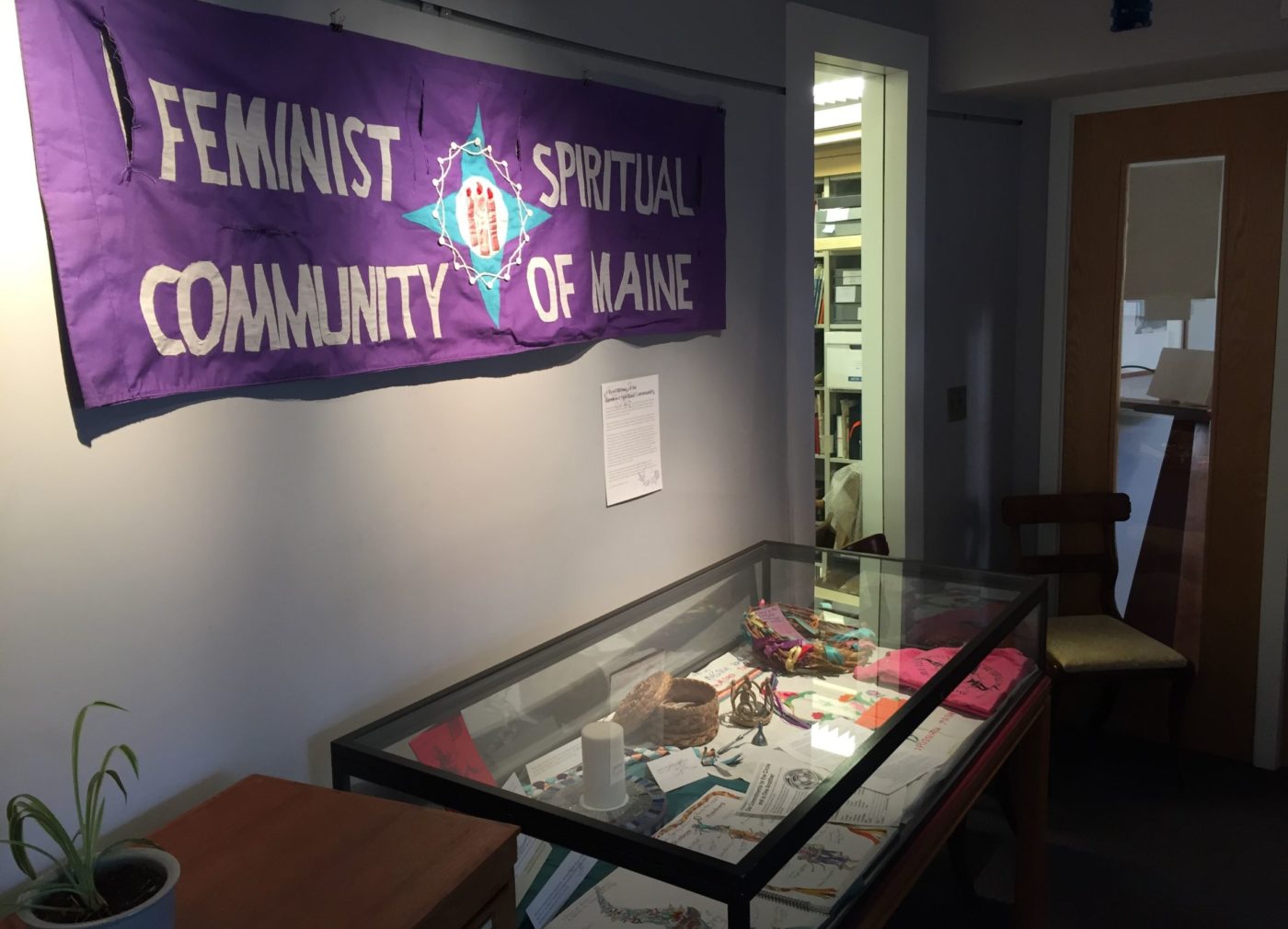 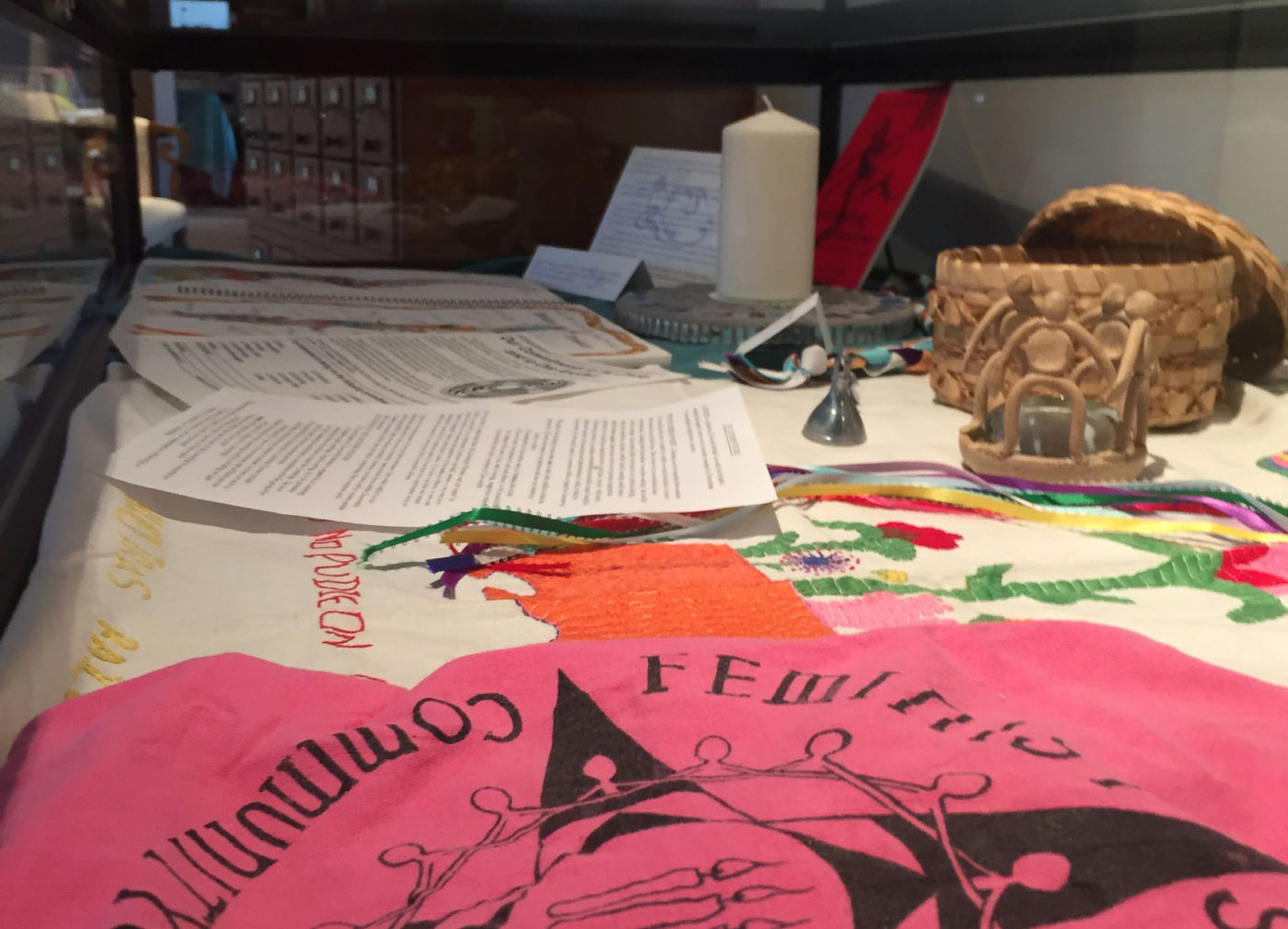 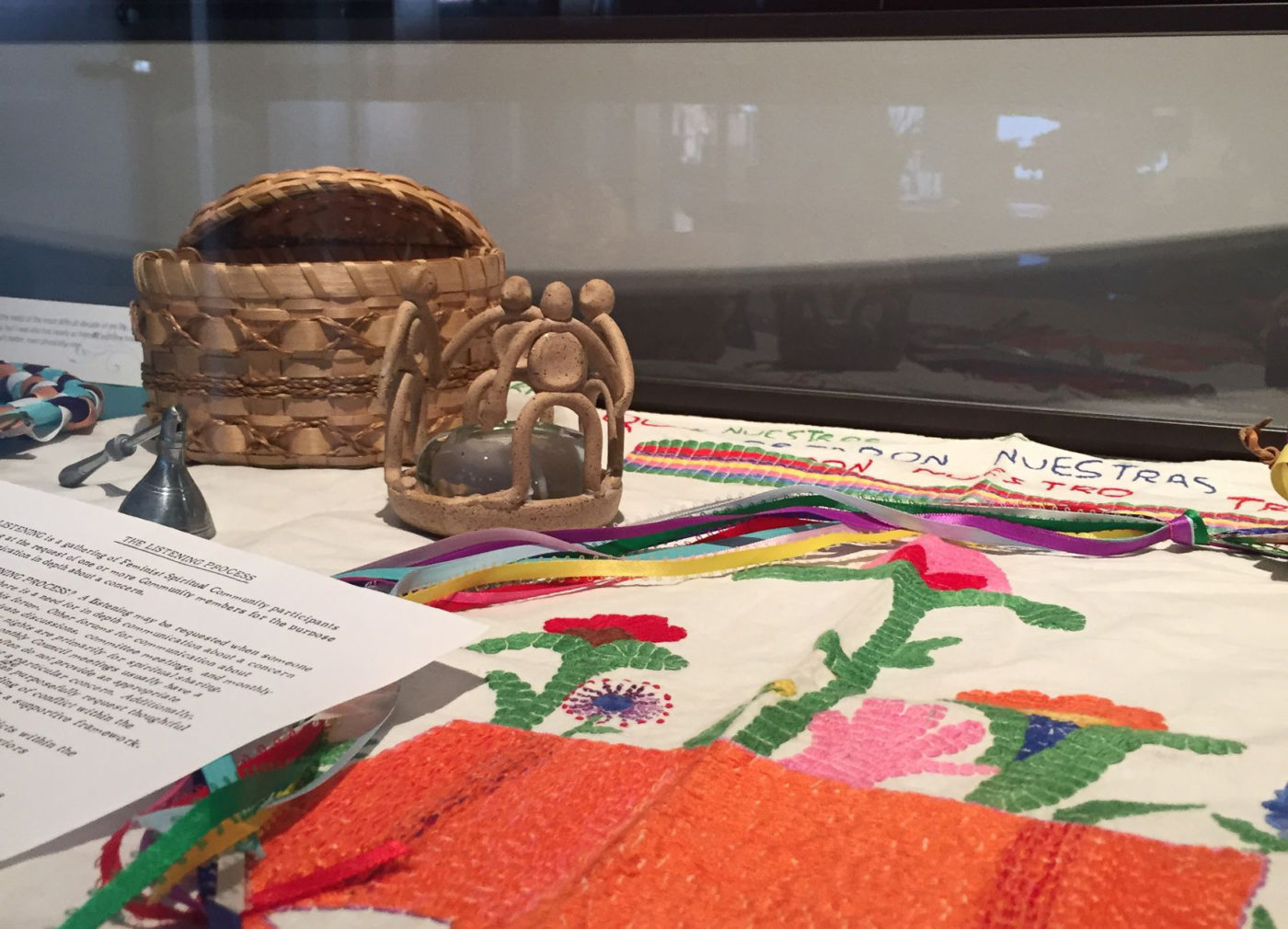 About The Feminist Spiritual Community

The Feminist Spiritual Community was born in June 1980 after fifteen students in Professor Elly Haney’s course Women in Religion at the University of Southern Maine chose to continue meeting after the course ended.

Haney wrote a proposal to the United Church of Christ to fund the Community for three years. It was the first time that a regional Protestant church body funded an alternative spiritual community with no expectation of its becoming Christian or becoming a church.

The Community was a circle of women who promised to help each other to survive, to heal, to grow in power, courage, competence, and vision. The Community gathered on Monday nights at a series of locations around Portland. Through discussion and ritual, they explored dimensions of peace, justice, healing, liberation, and feminist spirituality and theology. Early on, group was referred to by its core values of feminist, spirituality and community. Ensuing discussions about what to name the Community failed when each possibility was seen as too particular, and what had functioned as a kind of “placeholder name” was officially adopted. From then on the group was the Feminist Spiritual Community of Portland, Maine. Operating the first few years with a paid coordinator, the decision was then made to become a self-led community, and from then on all aspects of leadership were carried out by FSC members.

The Community organized many events throughout Maine, including the 1986 Conference on Women and Power, which was funded by a grant from the Maine Humanities Council, as well as ten and twenty-year retreats. In 1993, Astarte Shell Press grew out of FSC as a book publisher of feminist, spiritual literature.

The Community dissolved in 2017.