Donna M. Loring: A Penobscot Voice in Politics and Community

About the collection and exhibit

The Donna M. Loring papers offer an in-depth perspective into the Loring’s experience as the Penobscot Nation’s representative to the Maine State Legislature and the history of Maine’s Tribal communities and the many legal and legislative challenges have faced in their relationship with state government. The collection contain drafts of Loring’s autobiographical work In the Shadow of the Eagle: A Tribal Representative in Maine (2008) and materials related to the history of Maine’s tribes, the Maine Indian Land Claims settlement, and Native arts and culture. Also contains correspondence, documentation of Loring’s community and professional activities, private writings, photographs, films, CDs, memorabilia and records of Loring’s overseas military service during the Vietnam War and her work with Vietnam Women Veterans. 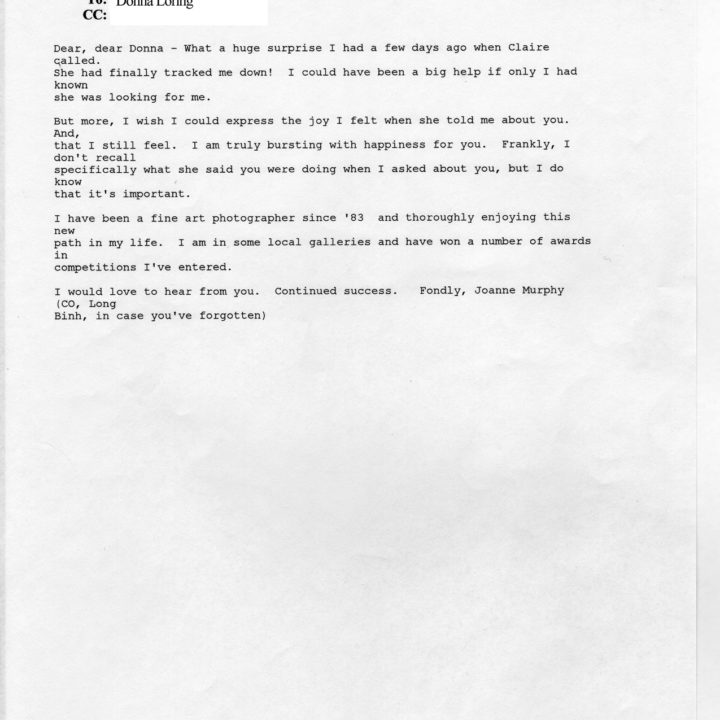 A portion of Loring’s correspondence regarding legislative issues, items of concern to the Penobscot Indian Nation, work on the Women’s Veteran Commission and in coordinating a Vietnam Women’s Veteran reunion.

Loring served as the Penobscot Nation’s Representative to the Maine State Legislature from 1998-2003, and again from 2007-2008.

Explore documents related to bills that Representative Loring wrote, introduced, or worked on during her legislative service, including:

Also included are documents from legislation that Representative Loring reviewed during her service on the Judiciary Committee, including LD 2239: An Act to Ensure Civil Rights and Prevent Discrimination (2000), and notes between representatives during legislative sessions.

Other legislative documents from the years of Loring’s service can be found at the Maine Law and Legislative Digital Library. 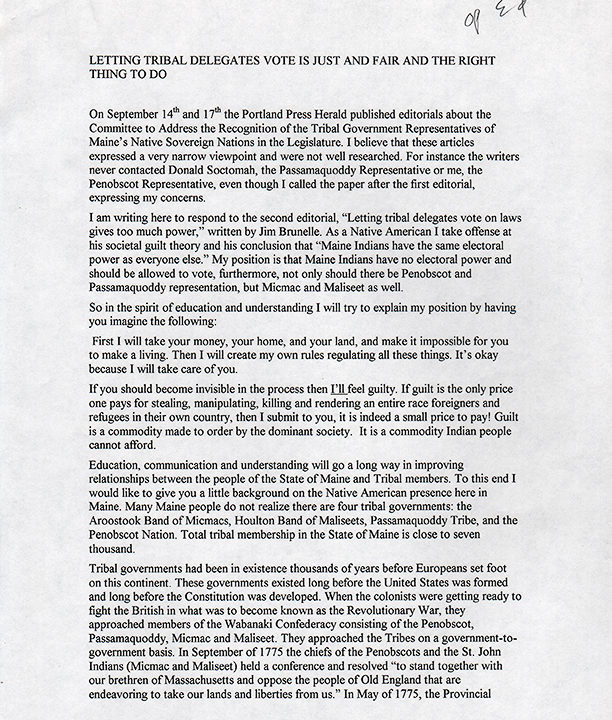 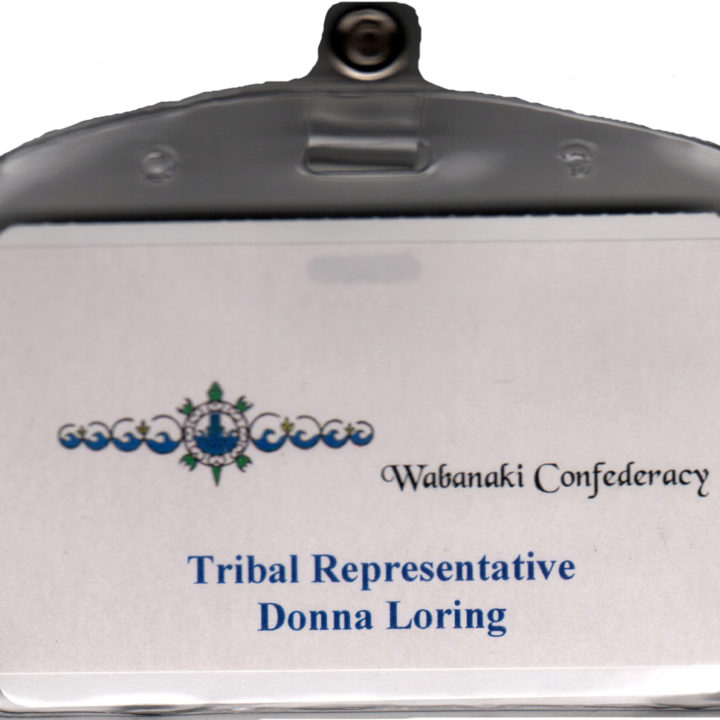 One of Donna Loring’s major legislative triumphs was the passage of LD 291: A Law to Teach About Maine’s Native Americans in Maine Schools. View documents related to the implementation of LD 291, along with materials related to the Maine Indian Land Claims settlement, and Maine’s rich Wabanaki history.

Loring has been involved in many community organizations, and has served on the boards of CEI Capital Management LLC, Maine Community Foundation, Margaret Chase Smith Center for Public Policy, NAACP, and Northeast Historic Film.

Explore materials related to Loring’s work with Vietnam Women Veterans, course description for a class Loring taught at USM, a lecture she delivered at Bowdoin, and honors and awards she received for her service to the Wabanaki people and the State of Maine. 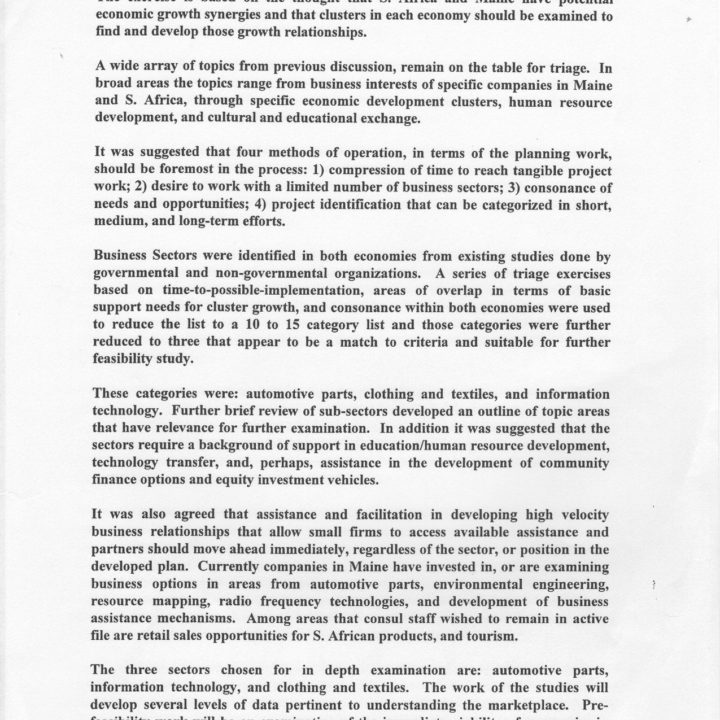 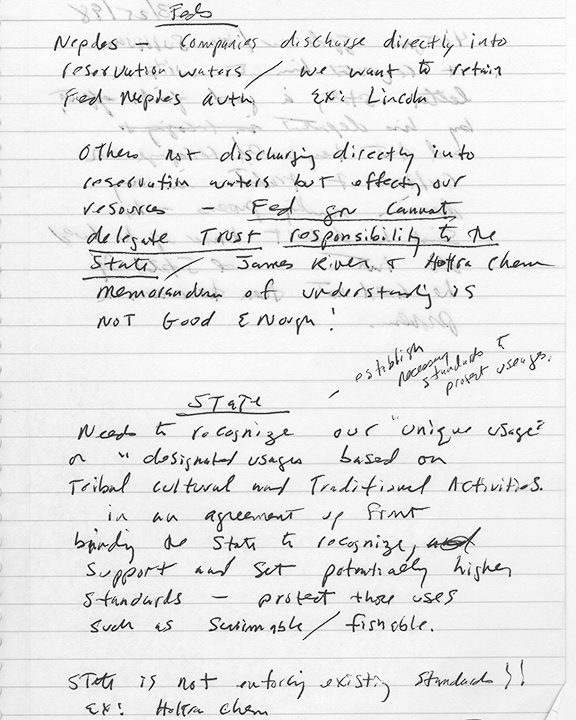 Donna Loring’s writings are both personal and professional, with examples of poems, speeches, notebooks, journals, letters to the editor, and drafts of Loring’s autobiographical work In the Shadow of the Eagle.

Selection of Loring’s personal photographs and memorabilia documenting her service in Vietnam, her graduation from the police academy and subsequent service as Chief of Police for the Penobscot Nation and Director of Security at Bowdoin College. Also included are photographs from the first State of the Tribes Day at the Maine State Legislature in 2002, portraits with other political figures in Maine, and other memorabilia from trips and events attended. 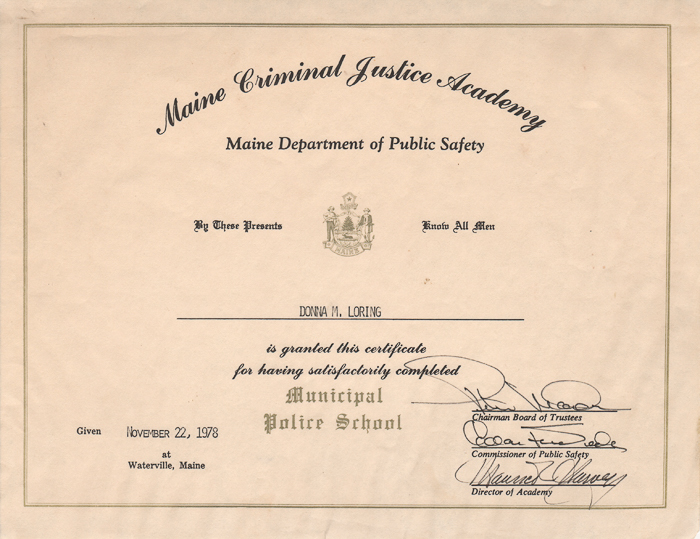 Donna M. Loring was born in 1948 to Julia Elizabeth Neptune and George Loring, Jr. A member of the Penobscot Indian Nation, Donna Loring spent her childhood years on Indian Island, Maine, where she was raised by her grandmother. Loring attended high school at Old Town High School and Glen Cove Christian Academy in Rockport, Maine. In 1966, Loring joined the Womens Army Corps (WAC). From November 1967-November 1968, Loring served as a Communications Specialist at Long Binh Army Base, north of Saigon.

After returning from Vietnam, Loring graduated from the University of Maine at Orono with a Bachelor of Arts in Political Science. She graduated from the Maine Criminal Justice Academy in 1978, and served as Police Chief for the Penobscot Nation from 1984-1990. In 1992, Loring became the first woman director of security at Bowdoin College, a position she held until 1997.  Loring served as an advisor to Governor Angus King on women veterans affairs.

Donna Loring served as the Penobscot Nations Representative to the Maine State Legislature from 1998-2003, and again from 2007-2008. During her legislative career, Loring authored and sponsored LD 291 An Act to Require Teaching Maine Native American History and Culture in Maines Schools, which was signed into law in 2001. She also conceptualized and advocated for the first State of the Tribes Address in Maine history in 2002.

Loring later served as a select person for the Town of Richmond. She attended the Flemming Fellows Leadership Institute and the Eleanor Roosevelt Global Leadership Institute. Loring is currently a lecturer and consultant, and President and CEO of Seven Eagles Media Productions, a non-profit that she founded as an educational corporation to bring vision and voice to Native people. In 2019, Governor Janet Mills appointed Loring as Senior Advisor on Tribal Affairs to the Governor.

Donna Loring’s book In the Shadow of the Eagle: A Tribal Representative in Maine, which chronicles her legislative service, was published by Tilbury House in 2008.